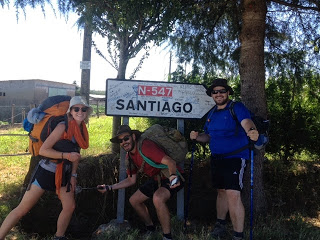 Melide to O Pedrouzo, with a big day of walking ahead of us, we had to prepare ourselves mentally to make it to our destination. By passing a few towns and gaining extra kilometres, we were closer to Santiago de Compostela, positioning us well for the final stretch.

Yes, it’s true! I always write about what time we got up and who slept through their alarm. But since it was our second last day, 5h00 was the mark. I rose on time, as usual, shook everyone in our walking crew, but nobody responded. Except for Matt, who told me to go away, as per usual.

I prepared my bag, went downstairs and prepared breakfast. This time we had our favorite juice and a tortilla!

Aaron was once again on the road with us, it was a significant milestone we passed just outside the albergue: 50km to Santiago. And we passed it altogether as a full crew! 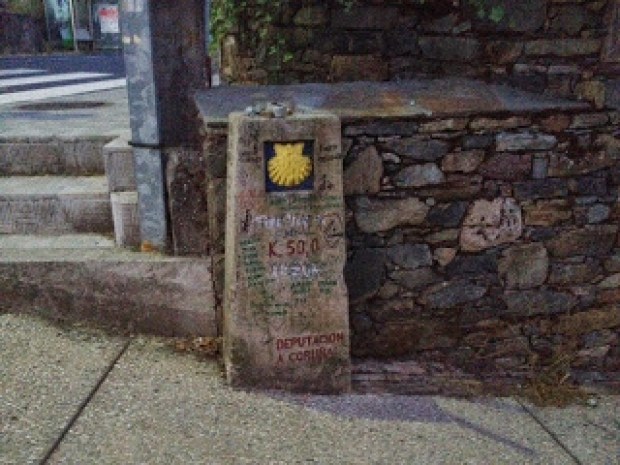 There were a few shallow rivers to cross today. The cyclists were more annoying than usual. We were approaching a river crossing and the cyclists sped ahead of us. We then had to wait 10 minutes for them to carry their bikes over. We passed them on the slope anyway, as some of them couldn’t pedal up and instead had to push the bastard things. Ha! 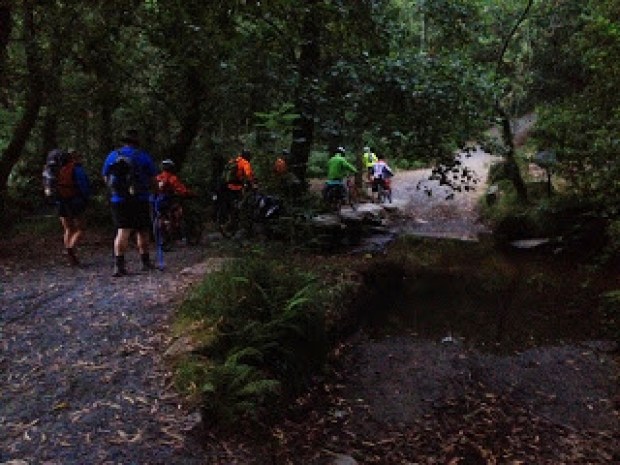 Being a big day, covering a lot of distance, we set out break stops: 1) 10km; 2) 10km further; 3) another 5km; 4) 8km. We ended up splitting the fourth segment into two 4km strokes. Seriously, a difficult day and in the sweltering heat.

There has not been a day on this trip where we have started early and finished late, except for Day 1 when we crossed the Pyrenees Mountain Range.

I had boiled some eggs the night before to take on the walk. This proved to be a very tasty and nutritious treat for us on our first stop. A bag of pork crackling went down rather well with the eggs.

Here are some shots of interesting things I saw on the route. 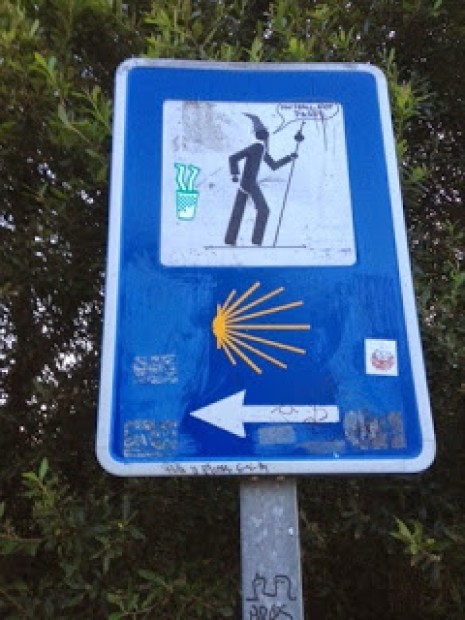 There was an unfinished highway we walked over, that was interesting. 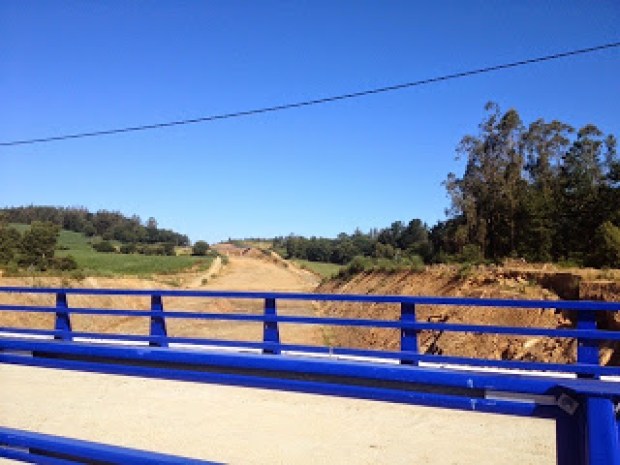 On the first division of the fourth segment (that is, kilometer 24 to kilometer 28) we passed a road sign pointing to Santiago. Usually they have the distance on the sign, but we were probably so close it wasn’t necessary!

On the second division of the fourth segment (that is, kilometer 28 to kilometer 32) we decided to bypass a small section of the Camino by taking the highway. It was here that I lost all of my peaches. In the photo below I’m smiling, but moments later… 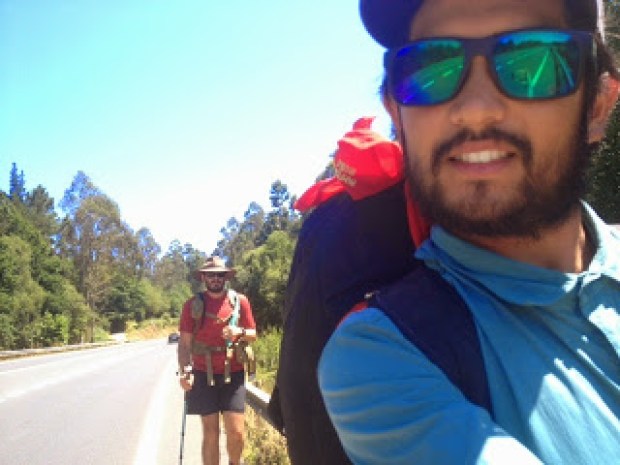 Out destination town was in view and I dragged myself up the hill. We went down a hill following a sign to an albergue, the sign was confusing and we walked back up.

Another sign came up and we followed that to the hostel we are in now. A modern albergue for the modern pilgrim. We have a lamp and power points for each bed. Hot showers with doors. A lounge upstairs to chill out and meet other pilgrims.

Send to your friends:

I'd love to hear from you Cancel reply

Gonzar to Melide, exhaustion is really starting to impact us....

Barbadelo to Gonzar, hungover walks are a thing on the...

Triacastela to Barbadelo, yet again, nobody set their alarms. So...

O'Cebreiro to Triacastela, already at 1300m altitude, we started the...