Triacastela to Barbadelo, yet again, nobody set their alarms. So it was a later start, but the rest was well-worth it. Today’s walk was planned to be about 18km, one of the shortest sections of our trip.

There were two options to take: 1) via Samos and mostly flat; or 2) via San Xil and a small mountain but 6.4km shorter. We chose the mountain route. 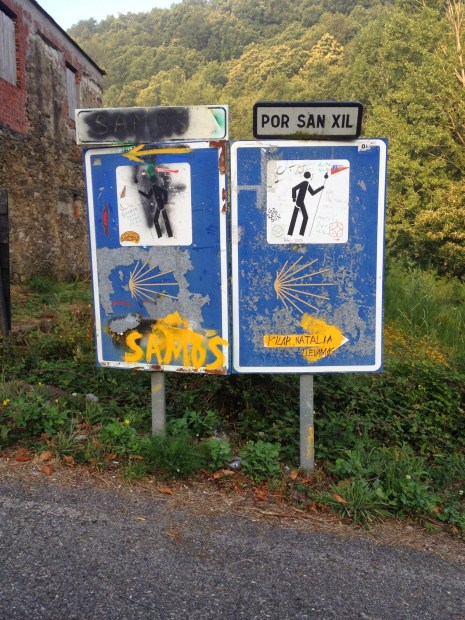 Along the way we passed a font with a large scallop monument. At the top of this small mountain we were walking above the clouds. The path had a few very steep inclines, both for climb and descent. We pushed through all the way to Sarria, nonstop. It was an incredible feeling and I arrived with high spirits. We bumped into an American couple we met at Zubiri, on Day 3. We hadn’t seem them for more than 650km. They suggested an albergue in the village after Sarria, which had a pool. That was enough to convince us to retake the road.

Five kilometers out of Sarria and we arrived at our destination. Luckily I had called ahead to reserve four places, otherwise we would have arrived very, very disappointed.

We checked-in, got our pilgrim passport stamped and headed straight for the pool. We bought rounds of Sangria and it was the first time I felt like I was on holiday. I was so relaxed.

We spent the afternoon by the poolside, some seven hours. It was a beautiful day. 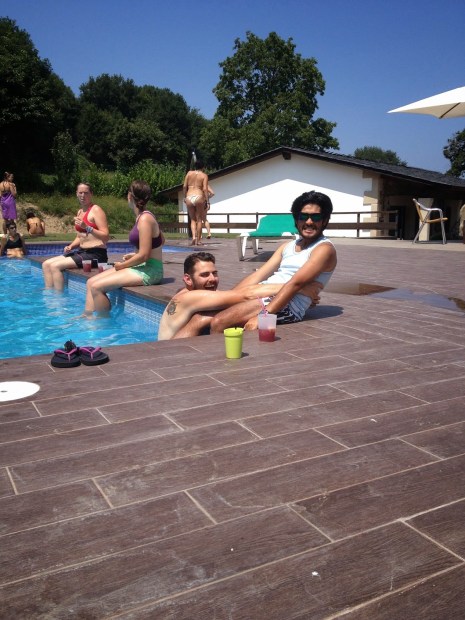 The Americans invited us to join them for dinner at a Casa up the road. I was already quite inebriated by then. But I picked the best options on the Pilgrim’s Menu: chickpea and potato soup with surprise pork bones; roast chicken with chips; ice cream cake; and a bottle of vino tinto to wash it all down. 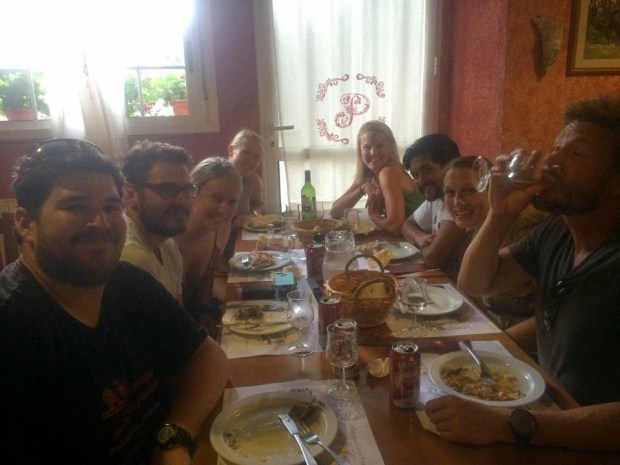 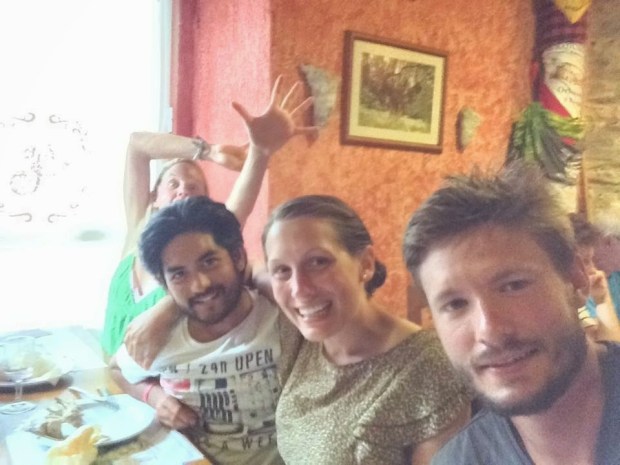 Back to the albergue after dinner for a game of cards. I was the resident DJ and played some banging tunes, everyone was singing along and it was an amazing atmosphere.

The bar turned the lights off in the terrace and that let us know it was time to go to sleep. One of the girls caught up with a guy she met on the Camino much earlier on and they pricked their index fingers and pressed them together. Umm, what the?

Send to your friends:

I'd love to hear from you Cancel reply

O'Cebreiro to Triacastela, already at 1300m altitude, we started the...

Molinaseca to Villafranca del Bierzo, today was a big day,...

Rabanal to Molinaseca, consumed by darkness we readied our head...