Latest
Home » Stories » Asia » Stroll Through The Gardens By The Bay, Singapore

From wherever you are in Singapore, the MRT is the best form of transport. Take a train to Bayfront MRT Station, on the BLUE LINE. Its the most convenient MRT stop for you to get to Gardens by the Bay.

You’ll walk through Marina Bay Sands, so it will be an opportunity for you to kill two birds with one stone.

Its an interesting space where nature and the built-environment come together. Of course, its all man-made and the Super Trees are constructed of concrete and steel. However, the futuristic connotations are washed over with accents of organic and natural motifs.

The gardens are decorated with many animals that light up at night – here you can see deer, elsewhere there are dinosaurs, so many animals sharing the garden in harmony. 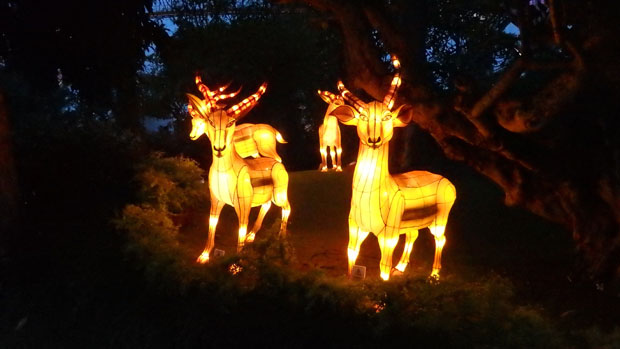 The OCBC Skyway is an attraction well worth putting your hand in your pockets for. For the small price of S$5 (the cheapest attraction in Singapore), you can walk among the Super Trees that form a forest akin to that from the movie, Avatar (with the blue people). I would recommend arriving around 7PM to see the Super Trees at dusk and then lining up around 7:20PM to be in the queue for the OCBC Skyway. 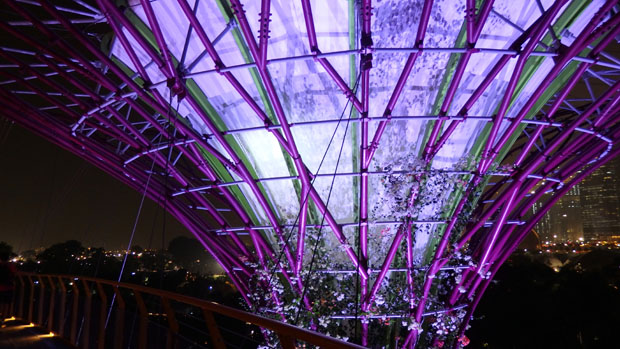 Guests are welcome to spend 15 minutes on the skyway, which by the way, rises 28 metres above the ground. So if you time it correctly, you will be on the Skyway during the Rhapsody Light Show presented daily at 8PM. I timed it correctly and was up there for the show! 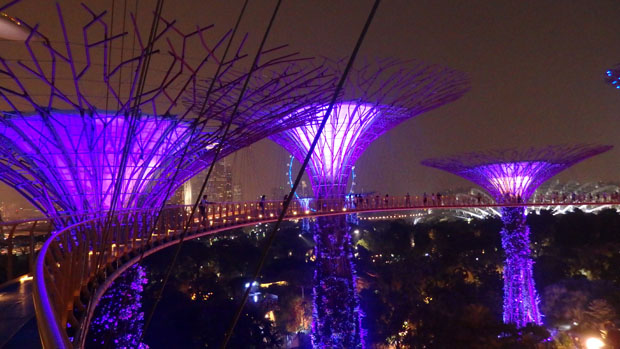 I was terrified, however, because the Skyway is suspended in the air, held by (many) cables attached to the surrounding Super Trees. The walkway itself is a grate, through which you can see to the ground, 28 metres to the ground. Each footstep causes the entire gangway to bend and flex, think of the way suspension works on a car. It took me nearly 15 minutes to make it all the way around! 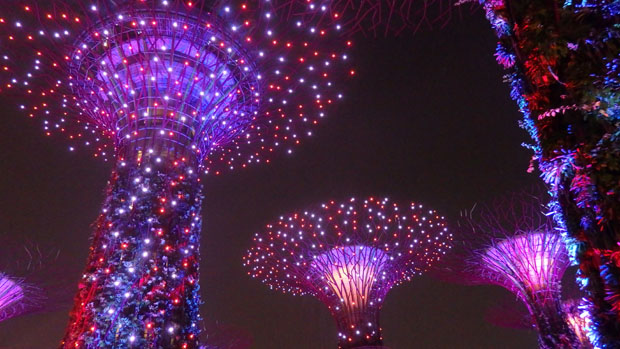 The lightshow was well-executed, the music and the use of LED lights was stunning. You would be forgiven to think that you were in the Avatar forest.

Below on the ground, there are nightly stage performances – Chinese opera, dance, ballet, singing. If you have time, its a nice show to see – plus it is FREE!

I live in Sydney and the Sydney Opera House is...

Bangkok Nightlife Is For The Reveler

The city is at its best when the sun goes...

The Greatest Dinner Party With The One Day Family

I believe the Oneday | Pause & Forward hostel in...

I avoided Thanon Khao San the whole time I had...