I’ve been in Asia this whole year. Asia is pretty easy continent to move around. When one cousin invites you to join them in Bali, that’s awesome! When two cousins invite you, that’s f!cking gold!

Bali, Indonesia. Not to be mistaken as being its own sovereign state and country – as so many Australians do.

It is one of the best places for drinks on the sand as the sun sets into the horizon.

Sarah and her husband, Adam, had a huge villa and private pool in Seminyak. So, naturally, as soon as I touched down in Bali town, I went straight over for a drink and a dip! Toby would join us a bit later in the evening (not accompanied by Rodora, whose plane was grounded in Sydney due to dangerous volcanic ash clouds in Jetstar’s flight paths – sorry, Dory).

Seminyak is a west facing part of Bali, lining the beach. It is one of the best places for drinks on the sand as the sun sets into the horizon. We went to a place called La Plancha – there, we were joined by my friend, Claire, from Phi Phi acclaim and her friend, Lindsay.

It was incredible to be surrounded by so many familiar faces – family and friends I made while traveling. All of us converging upon the sunset beach in Bali! 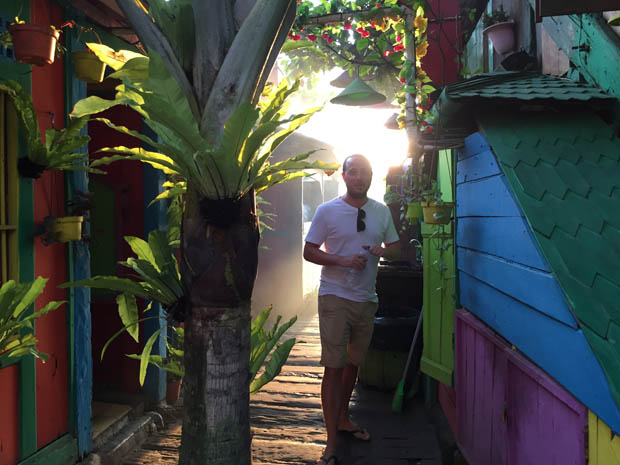 When Toby arrived (finally), it was already nearly midnight. We continued the party on the beach a bit further down from where we started. A live band performed an acoustic set – there were even volunteers from the crowd to sing, some with amazing singing voices, some without.

3L beer towers were the order of the night.

3L beer towers were the order of the night, and of course, we ordered three. 9L between four people ain’t that bad really. To inaugurate our time together on the island we set off a lantern on its merry way into the sky (only realising later that it would probably come back to Earth as trash) with it our hopes and wishes. 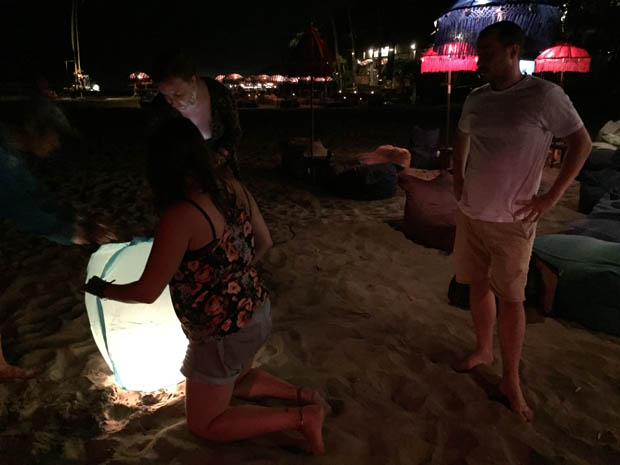 After a time, it was just Toby and I left on the beach. While we were cheerfully chatting away about politics and conspiracy theories, the crowd around us quickly dwindled. The staff packed up all the beach furniture around us – leaving only the two bean bags we sat on and a small wooden table for our beer tower and mugs.

By the time we realised it, we looked around and nobody was in sight.

By the time we realised it, we looked around and nobody was in sight. The whole beach had cleared out. The time? 3AM.

Toby and I decided to call it in, go home. On our way out, we passed through the bar. On the otherside of which, the bar staff were playing a very intense game of pool – it looked like there was money involved, too. Before we could even think of walking past them unnoticed, they were handing us shots of what I can only assume to have been local moonshine (fermented in coconuts). Blergh!

I had several shots, probably gave me the courage I needed to pipe up and ask to join the game of pool. Money was indeed involved, 50,000 Rp to be precise. As was a deck of cards, from which each player drew seven cards. The number shown on the card was the number of the ball the player had to shoot for. Once all the players cards had been played, he/she would become the winner! It was a very close game, most of my balls had been sunk, only a few remained – tightly packed in the corner all together. I missed and sunk a ball that was not my own, and lost! Ahh well!

As we sat down, I was flanked by three women.

The next day was perfect just for chilling out and lazing around the resort pool. Toby and I went for a stroll down to Kuta and then down to Legian Beach. We found a spot to sit where a man was selling beer, we ordered two bottles.

As we sat down, I was flanked by three women: one bent down to massage my feet; a second grabbed me by top-knot and wanted to braid my hair; and a third was holding my wrist in the hope that I would buy a bracelet from her. 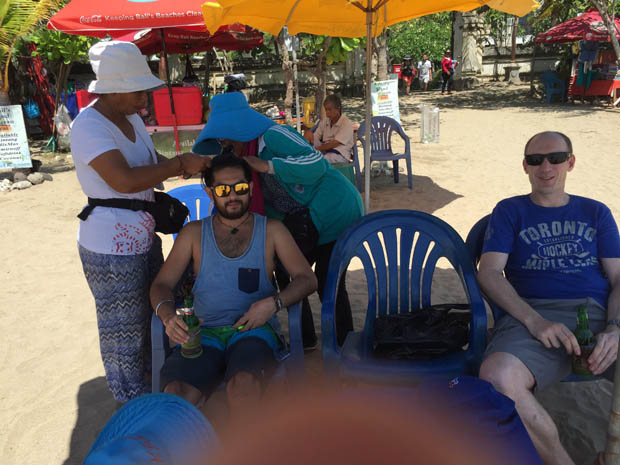 Of course, I was the first customer of the day and in Balinese tradition, the first sale of the day provides the good luck for the rest of the day. I obliged willingly, a foot and leg massage, while having my hair braided and decorating myself with bracelets and anklets, all while enjoying the crisp, cool beer on the sunny beach. 200,000Rp later…! 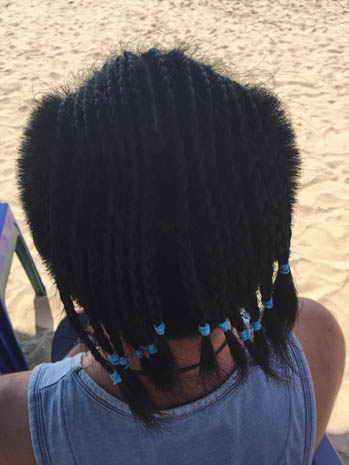 Pool times it was. I found a floating ring and of course it was made for a child. That didn’t stop me from wearing it, I was determined to fit and I did. Evidence below, thank you very much! 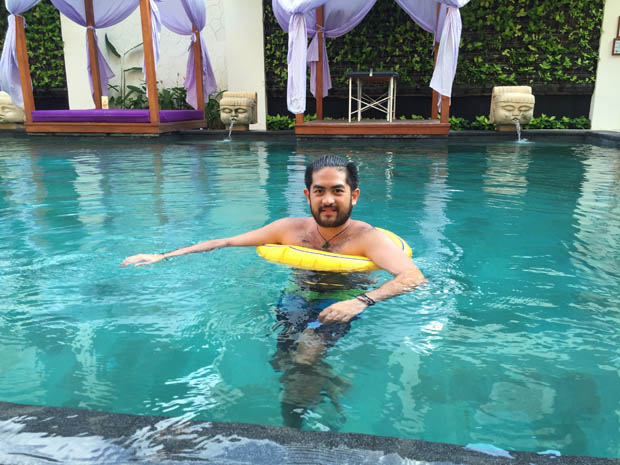 And although Rodora was grounded in Sydney, the flights returning to Sydney from Bali were also facing delays. The flight that Sarah and Adam were scheduled to take was delayed a day and a half – so we were able to have a lovely family dinner together, all of us. Om nom nom nom. 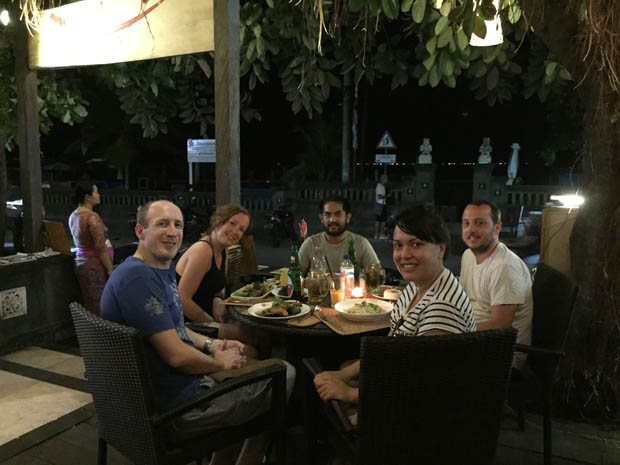 The Ute of Destiny in the Namtok Mae Surin National Park

The sunrise in the mountains is a glorious sight to...

Numb Bums and The Winding Roads of Mae Hong Son

Hop on a bus and take a six hour journey into...

Doi Suthep, Where The White Elephant Lay Down

This is the second time I have been to Doi...

How many clowns fit into a Mini Cooper? I googled...